You are here: Home1 / Radon 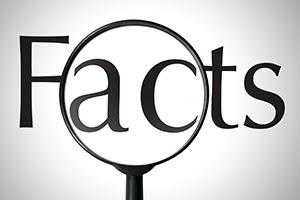 The U.S. Environmental Protection Agency (US EPA) and the Surgeon General’s Office have estimated that as many as 20,000 lung cancer deaths are caused each year by radon. Radon is the second leading cause of lung cancer. Radon-induced lung cancer costs the United States over $2 billion dollars per year in both direct and indirect health care costs. (Based on National Cancer Institute statistics of 14,400 annual radon lung cancer deaths – Oster, Colditz & Kelley, 1984)

According to the US EPA, nearly 1 in 3 homes checked in seven states and on three Indian lands had screening levels over 4 pCi/L, the EPA’s recommended action level for radon exposure.

A family whose home has radon levels of 4 pCi/L is exposed to approximately 35 times as much radiation as the Nuclear Regulatory Commission would allow if that family was standing next to the fence of a radioactive waste site. (25 mrem limit, 800 mrem exposure)

An elementary school student that spends 8 hours per day and 180 days per year in a classroom with 4 pCi/L of radon will receive nearly 10 times as much radiation as the Nuclear Regulatory Commission allows at the edge of a nuclear power plant. (25 mrem limit, 200 mrem exposure)

What is radon?
A layman’s description

Radon is a cancer-causing radioactive gas. You cannot see, smell or taste radon, but it may be a problem in your home. The Surgeon General has warned that radon is the second leading cause of lung cancer in the United States today. If you smoke and your home has high radon levels, you’re at high risk for developing lung cancer. Some scientific studies of radon exposure indicate that children may be more sensitive to radon. This may be due to their higher respiration rate and their rapidly dividing cells, which may be more vulnerable to radiation damage.

Should you test for radon?

Radon is a national environmental health problem. Elevated radon levels have been discovered in every state. The US EPA estimates that as many as 8 million homes throughout the country have elevated levels of radon. Current state surveys show that 1 home in 5 has elevated radon levels.

Can you fix the problem?

If your home has high concentrations of radon there are ways to reduce it to acceptable levels.

At Encompass Home Inspections, our job isn’t complete until  you feel comfortable and all of your questions and concerns are answered.

We love hearing from you anytime! Call or email us if you have any questions or use our online scheduler to set up a home inspection.